I was asked to make some angels for our church for Christmas decorations.  My guidelines were they should be "white, and light and accented with gold"  The rest was up to me.  Boy did I have fun with this. 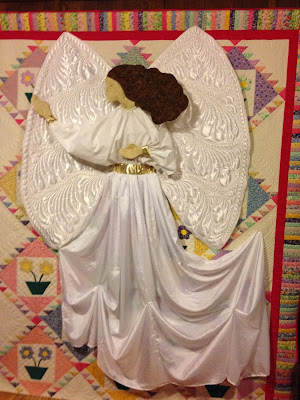 Here is one finished, hanging up at home for final adjustments. 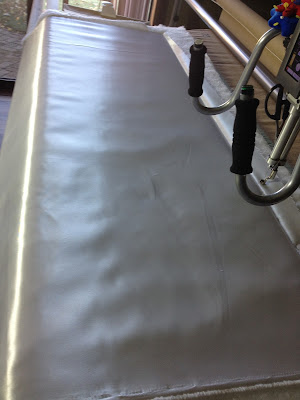 I drew up a pattern for the wings, and then outlined it onto beautiful bridal satin, and started quilting.  This was so much fun.  I felt so creative, and I wasn't nervous about it, just excited.  I was so in the zone. 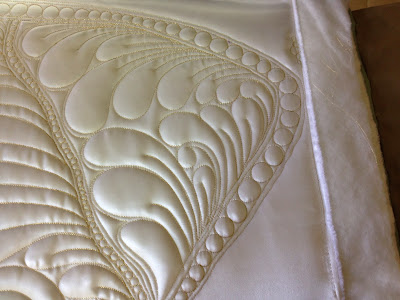 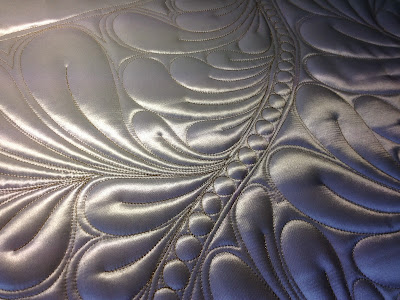 I used gold metallic thread, and had no troubles at all.  These were big feathers on a double batting, 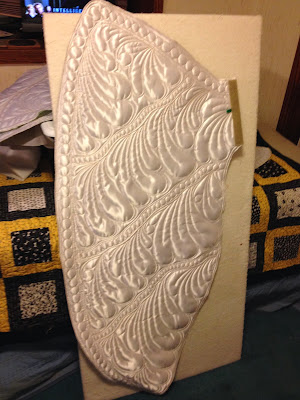 A finished wing,  now to make an angel 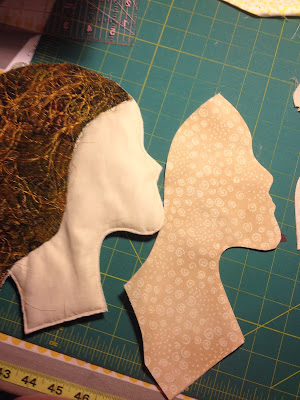 After completing her head and face, I realized that she was too pale, and wouldn't show up against the white wings, so I had to give her a new face.  I basically made a glove for her face, slipped it over the existing face, and stitched near her hair line.  I did the same thing with her hands. 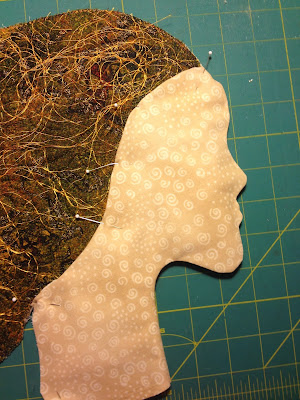 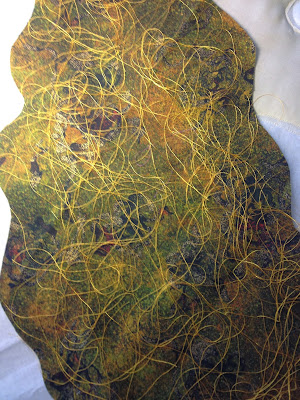 For her hair, I used a multi colored fabric, and sprinkled loose thread all over it, covered it with a solvable topping, and then quilted her hair. 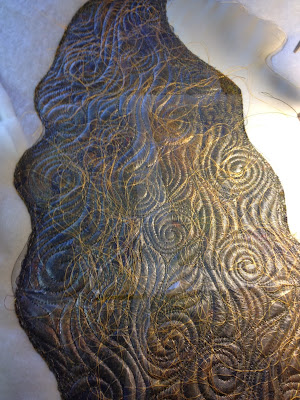 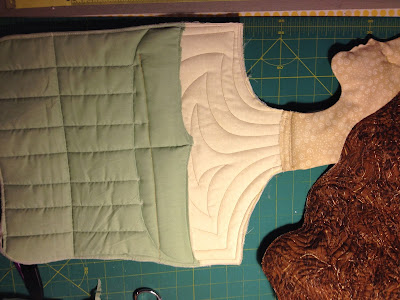 For her "body" I made just the idea of a bodice, but later had to make that longer so I could anchor her skirt to it.  I consider her a quilt as you go angel.  There was such a freedom, and creative release while making her, because there were no rules, no pattern, and it just all sort of grew and morphed together. 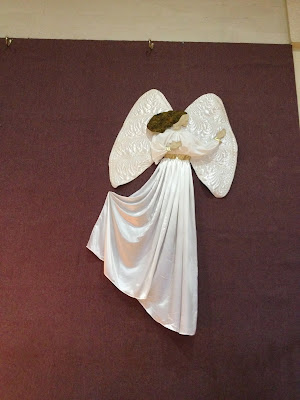 And now the two angels are hanging in our church.  They are nearly nine feet tall, and four feet wide.  Behind her head and hair, and inside her blouse, I used tulle, just bunched up a bit to give her some dimension.  It made a very positive difference. 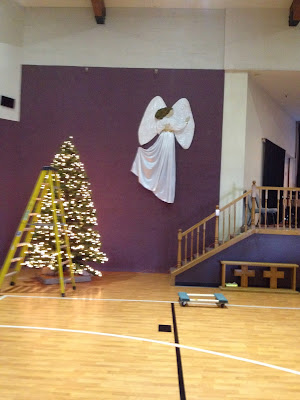 During set up, but you can get a sense of her size here.

Well, to say it all again, I totally enjoyed working on these angels.  The challenge, the freedom, and the creative exercise was so exciting.  I am not sure what it was exactly, but I was definitely in the zone, and enjoyed each step of it.  Thanks for joining me.